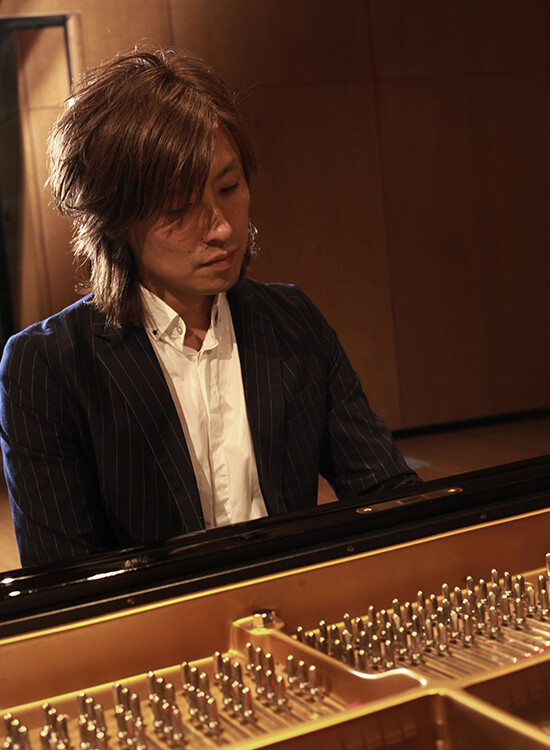 Hakuei Kim was born in 1975 Kyoto, Japan and was brought up in Sapporo. He grew up in a family with Korean/Japanese heritage.
In his late teens he moved to Sydney, Australia and pursues an intense study for jazz and improvisation at the Sydney Conservatorium of Music under the tutelage of an ECM artist Mike Nock.

During his years in Australia, Hakuei Kim has established himself as one of the prominent young talents emerging on the local scene. After recording his debut album “OPEN THE GREEN DOOR” (DIW,2005),he relocates to Tokyo and since then, many musical situations have unfolded itself. The album has won 4-star rating from the French jazz magazine JAZZMAN.
“… the profusion of rhythmic ideas, his ease to play dynamics and spaces, to alternate movement and suspension, all of this makes us think of guys like Jacky Terrasson and Stephen Scott at their debut… The young man has incontestably a great potential and the musicality of a genius.” Alex Dulith, JAZZMAN Magazine, France. Dec. 2nd. 2005

He since then has released following albums as a leader or co-leader;

His latest release is titled “Conversations in Paris” (VERVE-UNIVERSAL/2019). A duo album which was recorded live in Paris, France in 2018 with a French percussionist Xavier Desandre Navarre.
He is currently based in Tokyo and performs and tours both nationally and internationally.